In 1954, the U.S. Atomic Energy Commission (AEC) began a program to encourage the private reprocessing of spent nuclear fuel as part of a program to commercialize the nuclear fuel cycle. New York State became interested in the AEC privatization program as a way to promote industrial development within the State. By 1961, New York State’s Office of Atomic Development acquired 3,300 acres in Cattaraugus County with the intent of establishing a spent fuel reprocessing facility.

The AEC announcement also created interest within the business community, and the Davison Chemical Company, W.R. Grace and Company and American Machine and Foundry (AMF) set up Nuclear Fuel Services Inc. (NFS) to pursue the spent fuel reprocessing venture.   Negotiations among NFS, AEC, and New York State on the operation of the plant were completed in 1962, and construction began in 1963. The plant was completed in 1966 at a cost of about $33 million. NFS was licensed as the operator, and the New York State Atomic Research and Development Authority (a predecessor agency of the New York State Energy Research and Development Authority) was licensed as the owner.

NFS reprocessed 640 metric tons of spent fuel between 1966 and 1971. Sixty percent of this fuel was from the N-reactor at Hanford – supplied by AEC under a baseload contract with NFS.   During the time it operated, the facility experienced operational difficulties, higher than expected worker doses, and unplanned releases of radioactive material to the environment. In addition to spent fuel reprocessing, NFS established two radioactive waste disposal areas at the Center – a commercial radioactive waste disposal facility, and a separate facility that was used for the disposal of high-activity reprocessing waste with radiation levels that were too high to be buried in the commercial disposal facility.

After operating the facility for six years, NFS halted reprocessing operations in 1972 in order to make modifications to the plant. NFS expected that these modifications would cost $15 million. During the shut-down period, new regulatory requirements were issued by the AEC related to earthquake and tornado protection and waste management. NFS estimated that meeting these new requirements could cost $600 million, and NFS informed New York that it was withdrawing from the reprocessing business and intended to turn the facility over to the State. At that time, the facility contained 750 spent fuel assemblies that had not been reprocessed, 600,000 gallons of liquid high-level radioactive waste (HLW) stored in steel tanks, the highly contaminated Main Plant Process Building, and two radioactive waste disposal areas that contained almost 3 million cubic feet of waste in unlined trenches.

New York State refused to take possession of the facility because the facilities did not meet the requirements for transfer to the State. Congress held hearings, directed the GAO to investigate the issues, and directed DOE to study options for the future of the Center. These activities eventually led to Congress passing the West Valley Demonstration Project Act in 1980.

In 1982, in accordance with the West Valley Demonstration Project Act, the U.S. Department of Energy (DOE) took control of about 200 acres of the site and began the process of solidifying the liquid HLW wastes, and in decontaminating and decommissioning the facilities used in the solidification project. The New York State Energy Research and Development Authority (NYSERDA) is responsible for management of the shut down commercial radioactive waste disposal site and the balance of the Center. NYSERDA, as the owner, is also the licensee for the site.

As part of the decision making process for site cleanup and decommissioning, DOE and NYSERDA jointly issued an Environmental Impact Statement (EIS) for completion of the project. In 1996 a draft EIS was released which contained no preferred alternative. Numerous comments were received and the agencies agreed to issue a revised draft with a preferred alternative. The West Valley Citizen Task Force (CTF) was formed in 1997 to provide broader public participation in the EIS and decontamination and decommissioning processes.  The CTF issued a report in 1998 addressing what it felt should occur and has been meeting regularly since then. Members of the CTF are drawn from local government, community and environmental organizations, representatives of elected officials and the Seneca Nation of Indians.

A Draft EIS was released for public comment in November 2008. The Decommissioning Plan was also delivered to NRC in December 2008. A Final EIS, Record of Decision and New York Finding Statement were released in the spring of 2010. A phased decision making approach was selected. Phase 1 of decommissioning activities is underway. The core of that work will be the relocation of 275 HLW canisters to a new on-site interim storage system; demolition and removal of the Main Plant Process Building, Vitrification Facility, and the source of the North Plateau Groundwater Plume; removal of the low-level waste water treatment system, the four operating lagoons, and one closed lagoon; shipment and disposal of all of the project-generated low-level waste and transuranic waste; and removal of numerous ancillary facilities. In order to address some technical issues identified in the EIS, a Phase 1 Studies Process was developed by DOE and NYSERDA with subject matter experts engaged and an Independent Scientific Panel formed. The agencies plan to make a Phase 2 decision in 2020.   There is presently no disposal facility for the high-level radioactive waste at West Valley, or for the West Valley transuranic waste.

DOE, through its contractor CH2MHill B&W West Valley, LLC (CHBWV), is moving forward with the Phase 1 Decommissioning – Facility Disposition. This contract is for the relocation of the HLW canisters, demolition of the Main Plant Process Building and Vitrification Facility to ground-level, shipment and disposal of low-level waste, and removal of ancillary facilities.

Since 1980 major work accomplished at WVDP by DOE and its contractors includes:

NYSERDA is responsible for the State-Licensed Disposal Area (SDA) a 15-acre portion of the site where solid radioactive wastes were buried. In the 1970s and 1980s, water infiltrated the burial trenches and, because of the clay soil, these trenches began to fill with water. NYSERDA installed a geomembrane covering the SDA to prevent additional infiltration as well as a subsurface barrier wall to prevent groundwater from moving into the trenches. The cover has eliminated infiltration of precipitation and snow melt. NYSERDA actively manages and monitors the SDA.

The following work was anticipated to occur now through 2020 if sufficient funding were available: 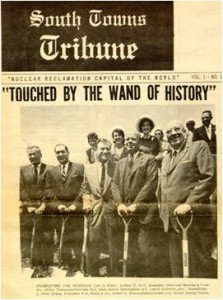 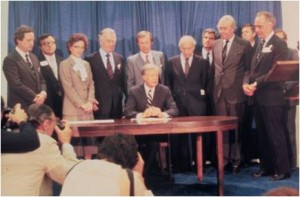 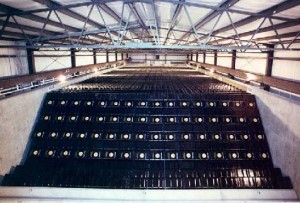 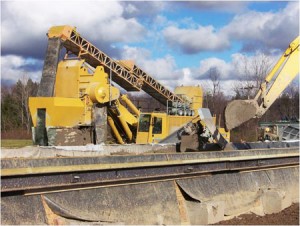 The CTF will hold its October 27, 2021 via Zoom. For meeting information please visit the Meeting Information page.

Register for the Meeting HERE